A Pinch of Villainy

One night a year. A magical spectacular. Villains only.

Twelve-year-old Ivy has trained for years to nail her audition at the annual Villains’ Convocation and Circus Spectacular—the night when all proper would-be villains vie for apprenticeships. She has so many plans for the world once she can use her potions to rule it.

If only Ben hadn’t stumbled into her path. His dream of being a (non-evil) magical pastry chef also leads him to the VCCS. When he lands in hot water with the world’s evil masterminds, Ivy uses her potions to save him, tanking her own audition in the process. Now the only person willing to offer Ivy a job is the Ringmistress, who brews the VCCS’s magical circus tent each year. That’s not even evil. It’s facilitating evil. Working for a mediocre villain means Ivy will never be much more than a henchman.

But the Ringmistress lives near Ben, and now he owes her a favor. With the right ingredients and a little help, maybe Ivy can brew her way back into the evil limelight. There’s only one problem: why does everything Ben cooks up have to taste so good? 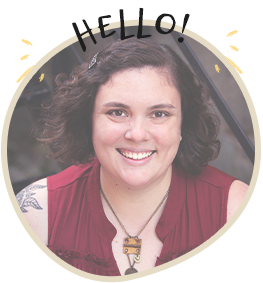